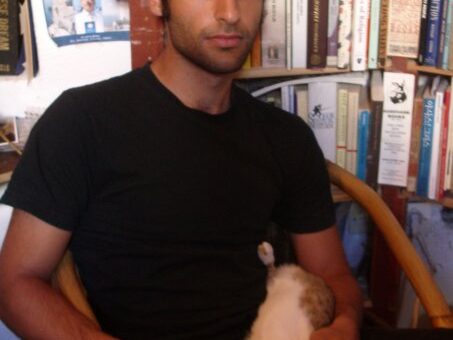 I finished my second year of no talking a few weeks back. And thought to summarize my impressions as I did the previous year.

As expected the second year was less fraught with challenge, triumphs, and surprises than the first, but what it lacked in revelations, it made up for with deeper subtleties. The first year I was conscious and militant about not re-scheduling or altering my life on Tuesdays and to treat it the same as any other day of the week. This was to make sure I didn’t shy away from doing things like going to the bank, or doctor etc. where I might feel embarrassed or uncomfortable not talking in a more professional or clinical environment. I’ve noticed the second year however that I’ve begun treating my Tuesdays differently. This started when I became aware of how much I came to enjoy hanging out with my friends on Tuesdays precisely because no one expected me to speak. Very often I’m the M.C. in get togethers, and am half expected to reside over conversation, to supply ample and regular interjections of whit and whimsy, playfully antagonistic jeers etc. And though I enjoy the roll, and have willingly defined it for myself, still, it is nice to hang out with a group of friends and simply participate through quite absorption. That hasn’t really become possible until this last year, as everyone close to me has finally had enough time to acclimate to the inherently unnerving and distracting impression, of hanging out with someone who can talk but doesn’t. Likewise this pleasure of quite absorption has become the prevailing theme of Tuesdays for me in a more general sense, and I’ve begun to shy away from taxing, organizational or tedious chores on Tuesdays, such as paying bills/sorting/writing emails or any of the other things that allow themselves to be put off for a day without real consequence.

From the very beginning of the experiment, I’ve noticed my inclination to write my thoughts to others on Tuesdays, continually lesson. I now even enjoy miming my meaning to others, and finding the refinement of that ability rewarding and a natural filter to determine which of my ideas are worth the bother to communicate. And if someone isn’t understanding the meaning I’m gesturing, I tend now to simply give up trying to express it, with a shrug of my shoulders in place of writing it. To this point, I’ve noticed that in general where the other days of the week are concerned, I’m much more inclined to keep to myself. This ability to be okay with others not knowing and therefore not having a chance to admire and validate the merits of my contribution, is one of the main insights and advantages the no talking experiment has furnished me. It’s startling how much credit people began to give me with respect to what they perceived to be my intelligence, creativity, perception, reasoning etc. simply because they came to understand that I don’t always rush to communicate what’s on my mind, and that when I do, it’s without haste, and consistently valuable and pertinent to the moment. Reinforcing this practice through a weekly reminder of what fuels this regard is justification enough for me to continue the experiment indefinitely.

Other people adopting the experiment for themselves

Another change this last year has been some people have decided to not speak to me on Tuesdays but only communicate through gesture and writing. This is often easy enough to do, and gives others a taste of what it’s like to not speak, at least with one person, who they know will understand and support the choice. A few have taken it further and decided to try no talking Tuesdays for themselves on a trial basis with varying levels of success. They always fudge the rules somewhat and make mistakes and admit to me after that it’s a lot harder than I make it appear. Success with the experiment is like success with any change to habit or beliefs, namely that you have to understand the change as additive and not subtractive. For example people who define their diet by what they don’t eat by saying they don’t eat meat, or animal products, or whatever, don’t succeed in their dietary goals as often as those who define their diets by what they do eat. For example by saying that they prefer a diet of mostly green vegetables, or fresh local organic produce etc. Likewise, though I call it ‘no talking Tuesday’ , really the day is less about not talking, and more about listening, observing, reflection and a myriad of other things that make the experience additive not subtractive. Without these additive aspects as motivation, a day of simply not talking is not very rewarding and proves needlessly difficult.

No talking Tuesday on the world stage

This last year has also found me taking no talking Tuesdays international. First to France, and then later across the US via a road trip. Another trip to Montana, then to Germany, and finally to Greece and the various places in between. I of course was around people during all of these trips, many of them travelers themselves, and so directly or indirectly, have infected awareness of the experiment to people the world over.

This being said, I am far from being a no talking pundit, obnoxiously expounding on the merits of the experiment everywhere I go. Actually sometime during the first year I created a soft rule for myself that I’m not allowed to explain/talk about/warn/ anyone about no talking Tuesday who didn’t already know about it. I began having fun with this, and cryptically talking around it when it threatened to come up in the natural course of conversation, creating all sorts of confusing questions for the other person. Questions I artfully dodge, only to look on with satisfaction as they figure out sometime later, through time spent with me on Tuesday, or from talking to someone who knows the missing pieces of the puzzle.

All these things have allowed me to settle into a comfort with Tuesdays and the role it plays in my life. But for whatever reason this last year I’ve been having an increasing number of bad dreams wherein I accidentally talk on Tuesdays. These dreams almost always happen the night before, and it’s gotten to the point where a Tuesday rarely comes around where I don’t anticipate it with one of these dreams. Many of these dreams are very realistic and overlap in great measure with the goings on of my everyday life. Leaving me upon wake up, confused and unsettled. Often this unease lingers all day and should I happen in the course of a Tuesday to take a nap, I am likewise almost guaranteed to be plagued with the same sort of dreams.

The main rule revision I made for the second year, was to no longer make it mandatory to extend no talking time past midnight, until I wake up Wednesday morning. For reasons I explained during the last wrap up. Though it’s no longer a proper rule, I have in practice continued as before, with very few exceptions, to continue not talking until I wake up Wednesday morning. The difference being of course that now it’s voluntary, and I’ve defined it as such, but more importantly I now have a clear understanding of when I choose to extend the no talking time and when I do not. Namely, whenever I am with people after midnight whom I was also with before midnight, I continue the no talking until I wake Wednesday. If on the other hand I’m meeting up with someone after midnight or someone calls me after midnight and I’m alone, then I feel free to begin talking again. The reason for this is that it proved much too disorienting and uncomfortable for me to suddenly start talking with someone (or a group of people) who I had until that moment been mute with. (I made a few exceptions in observance of certain romantic situations and one time recently where I was called upon to express my ideas about the symbolism used in the film Searching for Bobby Fischer…)

Also for the record I’ve been consistent with another set of rules that I must always post the current no talking Tuesday entry before the following Tuesday passes, and to never censor my no talking writing list except for when I’m contractually obligated to do so in respect to non disclosure agreements for work related communications. Speaking of which this year ushered in my 100th no talking Tuesday.

I have in this last year begun to falter on the stipulation that my no talking days be signaled through a visual queue in my dress. Sometime during the first year this had simply settled into me dressing in all black, which due to a myriad of different incidents ranging from laundry misshapes, to unpredictable travel scenarios, and a lack of prioritizing, lead to a handful of Tuesdays with no visual cue. This rule has never really fit into the main thrust of the experiment but rather as an auxiliary support I’m fine with downgrading to one of the soft rules for the third year, though it’s likely I will continue to dress in all black on Tuesdays as consistently as I have been. 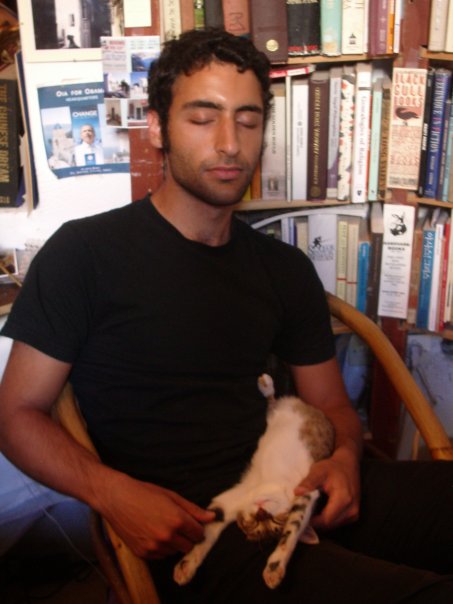