This Tuesday found me back in the screening room at work watching the Critereon blue-ray editions of Kurosawa’s Yojimbo and Sanjuro.

I’m a bit of a Kurosawa nut, and have seen both films at least five times before. When I was a kid, Yojimbo was my favorite Kurosawa film (and favorite samurai film), but as an adult it’s so obvious to me how much better Sanjuro is. Both films deal with the same misanthropist/altruist ronin, wandering in tattered clothes, indignant with people, all the while saving/helping them. The ultimate hero with an attitude, played by non other than the brilliant Toshirō Mifune.

My favorite aspect of Sanjuro is the theme of the ruthlessly binary logic of the samurai, constantly being usurped by the prudently subtle, feminine, logic of the female characters. Cleverly revealing at various points in the story the advantages of compassion, mercy, and restraint, over aggressive heroics. 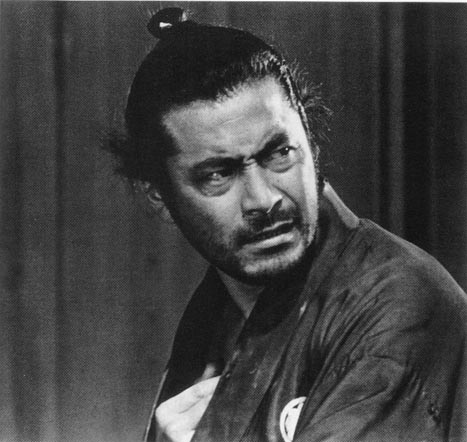