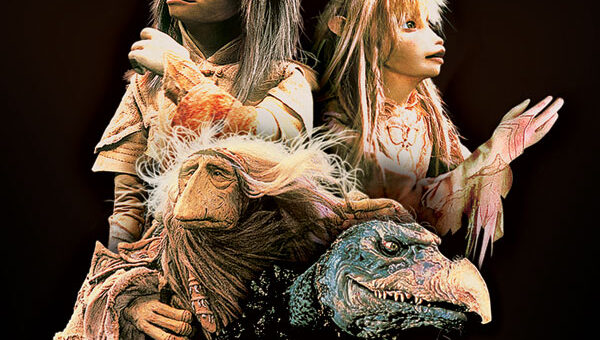 This Tuesday found me alone at the screening room at work watching the blue ray of Dark Crystal. The classic Jim Henson film about a dualistic fantastical planet, where sin and the sublime are embodied in highly expressive puppeteering and gorgeous production design. It’s basically what Avatar was trying to do had it been ten times more imaginative.

I first saw the film in the late eighties and was so blown away by it. I had never seen anything like it before and had no context for the thoroughly conceived, bizarre, unnerving creatures and world. I tried to explain it to my friends, who eventually decided I must have dreamed it. For years I tried to find out what the film was called, or someone else who had seen it, (remember this is pre-internet) and it wasn’t until the mid nineties that I randomly happened across a VHS tape of it in a local video store that I jumped up in down with excitement to have finally found it again.

This was my first film quality viewing, I have to say I’m as impressed by the creativity and originality of the film as I ever was (It was made it 1981!), but have to admit it is a little rough around the edges at times.

Still a seminal work, and kick-started my new found admiration for Jim Henson. I’ve been reading articles about him, watching documentaries, videos and with each new insight into the mans life, mind, compassion, professionalism, and creativity, I’m repeatedly blown away by how great an artist he was.