I was on BART the other day (name of the bay area subway system), when I saw a young woman who looked familiar sitting across from me. I suspected I was wrong and didn’t give it another thought- Well maybe one or two more, about her attractive nerdyness.

Latter we happened to get off at the same stop, file past the door side by side, and walk towards the same descending platform. The coincidence was too much so I turned to her and asked: “Do I look familiar to you?” She apparently was so freaked out by the question that she just crumbled into panicky stutters and apologies to the effect of “No I don’t think so, sorry.” Seeing how overwhelmed she was I decided to abort mission and said “Huh… You look familiar to me, but maybe I’m just trippin’.” she continued to apologetically sputter that she didn’t recognize me as I walked away.

She ran up behind me just past the turn stiles, and with new found resolution asked me “Wait! Were you the guy here last night trying to catch a cab?” I said I wasn’t and continued on my way. Perhaps a bit brusquely.

So far a normal story of two young people, cloaked in themselves on mass transit, trying to have a real human interaction. Failing, for better or worse, and sailing on like two ships in the night.

Then things get a weird. I had recently finished a graphic novel by different artists illustrating real and imagined personal adds from newspapers and Craig’s List, specifically those categorized as “missed connections”. The book was mostly funny, sometimes poignant, romantic and sad, and reminded me of the whole concept of missed connections personal adds.

So I thought I would check Craig’s List to see if this anonymous, flustered, mousy young woman had posted something, never thinking she actually would. But low and behold she had! The post is as follows:

So I sent her an email, and we got together for lunch a couple times. Unfortunately, things didn’t play out like the movies. We got along well, and she was very nice and sweet, but there wasn’t enough chemistry for it to develop into anything substantial.

In any case, the whole experience was whimsically uplifting and wonderful in it’s own right. 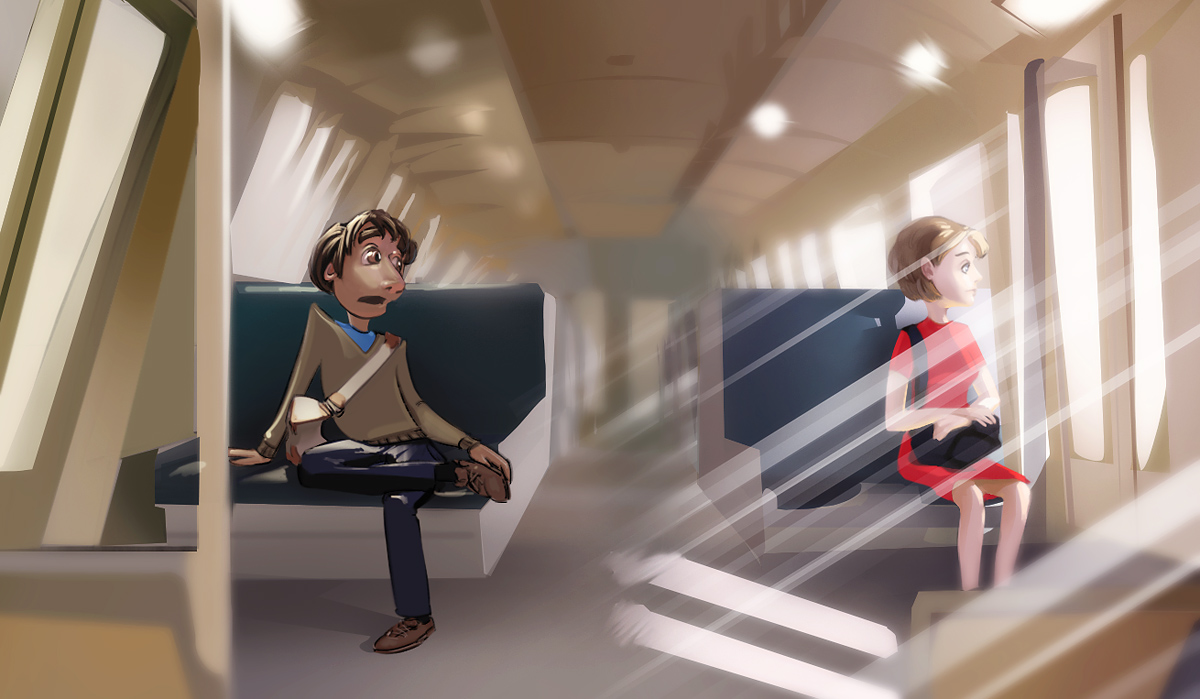