A glimpse at objective reality swimming just beyond the sizzle of my perception.

This morning I lay starring into the swelling morning sky beyond slanted roofs and naked branches.
Exhausted from a sleepless night my mind sparking and slipping from underneath itself,
suddenly tumbled over into a foreign expanse.

I found myself in a detached stillness where consciousness dislodged from immediate experience.

Finite distinctions dissolved and time, thought, and body/non-body lost their discreet identities.
I wandered from my station at times assembly line of reality, I had somehow slipped away unnoticed,
left to float without purpose in an ocean of stillness.

When I came back the rooftops persisted their angles,
and the familiar sensation of burning eyes and cold shoulders returned defiantly unchanged.
I came back the same except for a vague understanding that I had profited
from a brief mismanagement of perception.
Though it had likely only been a sliver of time, I was left overwhelmed by the experience.

By the time the sky ripened to noon, my memory of the moment dried to a shuddering outline.
And now at midday, waiting for a flight out of LAX, I question if I ever felt it at all.
My mind seems to be destroying the evidence of it’s mistaken insight.
By sundown I’ll probably be convinced I imagined the whole thing.

I realize it’s useless to attempt to define a moment of indefinable completion
using words I’ve only ever trained to clarify distinctions.
But I thought it worth preserving the struggle
at least while I still believe I experienced a brief moment of truthfulness. 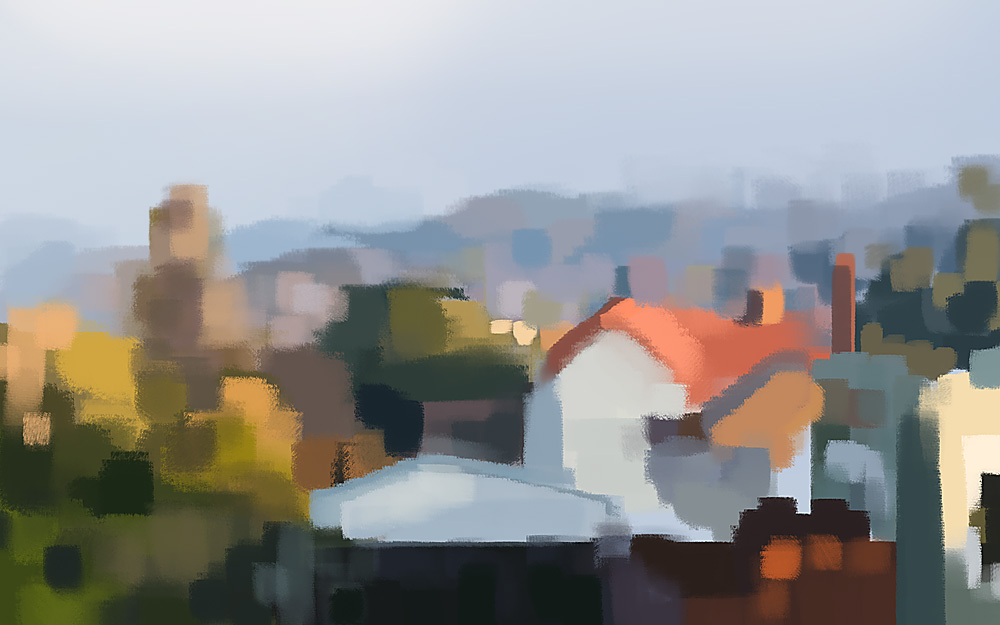